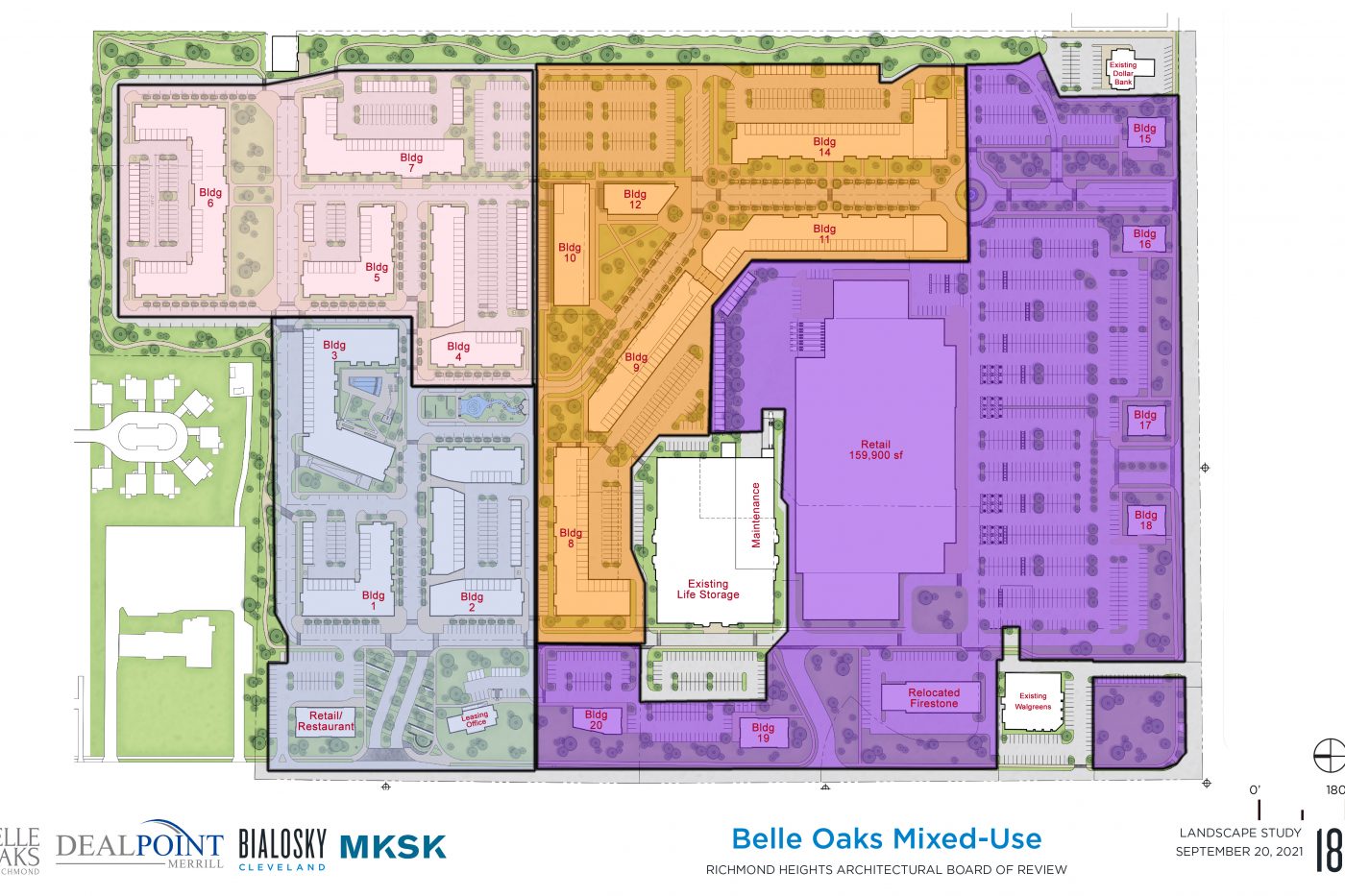 DealPoint Merrill, the developer, is planning to construct 382 apartment units in six buildings, along with retail, park space, parking and roadways on 23.5 acres of what is now the former Sears building and its adjacent parking lot.  The $69 million project must clear several more hurdles before it becomes a reality

Principal and Chief Operating Officer Paul Deutsch, with the architectural firm Bialosky, of Cleveland, said it will probably take three to four months for designs to get full approval. Bialosky is the firm that designed Crocker Park in Westlake, the new Van Aken District in Shaker Heights, Eton Chagrin Boulevard in Woodmere and other such high-end developments.

DealPoint Merrill bought the former Sears building for $1.8 million last September.  The Belle Oaks plan also calls for a possible hotel along Richmond Road. Of the hotel. DealPoint Merrill’s CEO, David Frank said, “The need is here, the demand is here and, based on the market studies, it should be a very successful project,” he said.  Belle Oaks will “bring people from outside (Richmond Heights), inside.” He added that these renters, because of their incomes, will help improve the economy in the vicinity of the development.